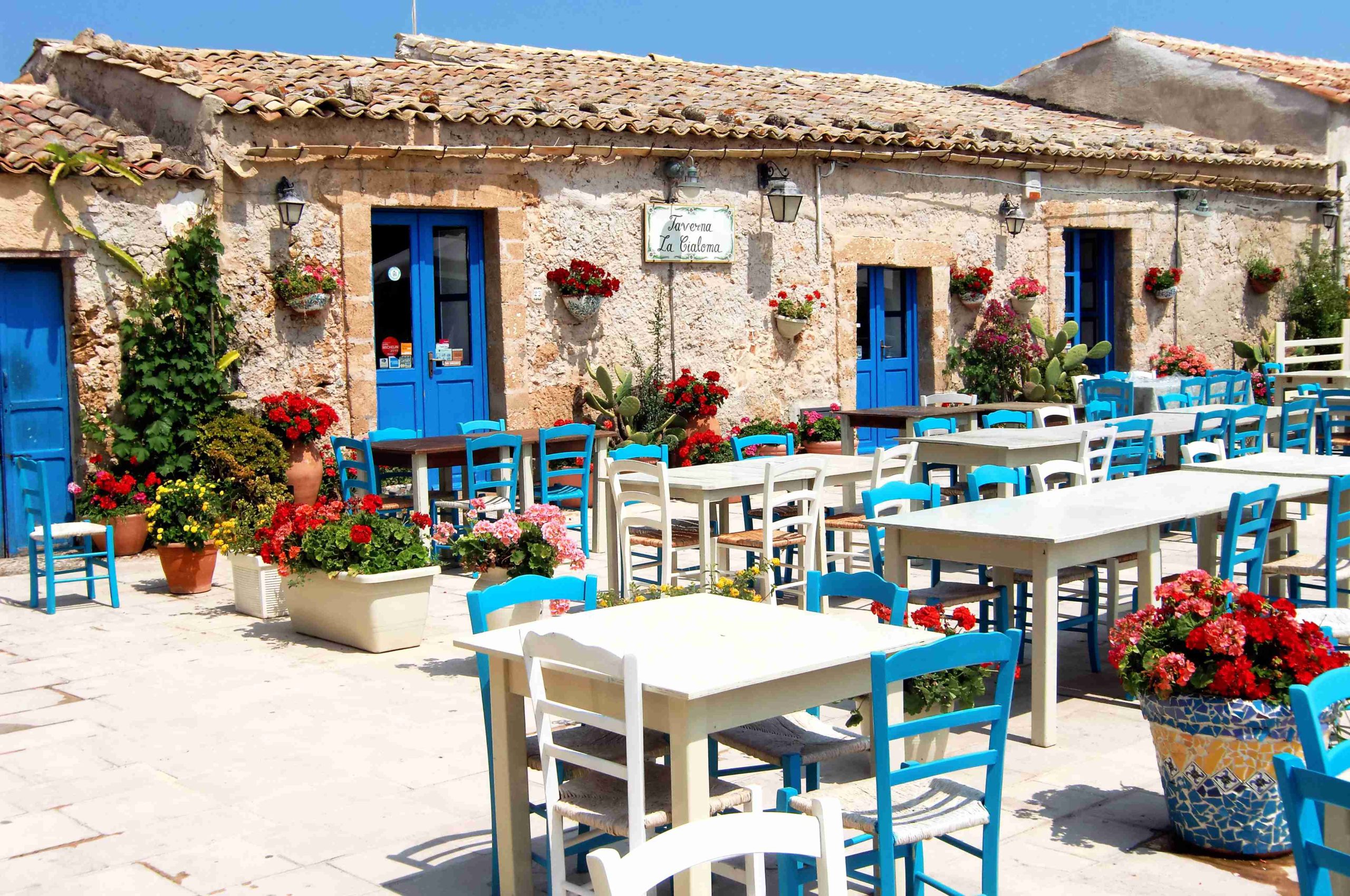 Marzamemi stands on a small promontory and takes its name

which mean ” road of the turtledoves”,

in fact, its first inhabitants were Arabian people,

who conquered Sicily in the IX century.

from the agricultural village of Pachino ( a well-known for

production of its homonymous variety of tomatoes,

also known as the Ciliegino tomato).

village between XVII and XVIII centuries,

when the Prince of Villadorata built one of the most

important tuna-fisheries of south-western Sicily which

was used until 1950s therefore expanding the local economy.

Marzamemi has a regular urban plan developed around the old

owned by the Lord of the village,

had just one floor, few rooms and overlooked the main

square or tiny hidden squares or the marina directly.

many of those fisherman’s houses are used for commercial and

house on the romantic little island,

in the middle of the delightful fishing harbour.

An excellent starting point for any visit to Sicily’s southern tip is Syracuse,

with its exceptional artistic and cultural heritage.

It lies about 60 km from Catania airport and is a

and Mount Etna on your right.

Ragusa and Scicli, along with Catania) have been named UNESCO

The mountains conceal an impressive testimony to the ancient

history of southern Sicily in the crevices of Pantalica,

This website uses cookies to improve your experience while you navigate through the website. Out of these cookies, the cookies that are categorized as necessary are stored on your browser as they are essential for the working of basic functionalities of the website. We also use third-party cookies that help us analyze and understand how you use this website. These cookies will be stored in your browser only with your consent. You also have the option to opt-out of these cookies. But opting out of some of these cookies may have an effect on your browsing experience.
Necessary Sempre abilitato
Necessary cookies are absolutely essential for the website to function properly. This category only includes cookies that ensures basic functionalities and security features of the website. These cookies do not store any personal information.
Non-necessary
Any cookies that may not be particularly necessary for the website to function and is used specifically to collect user personal data via analytics, ads, other embedded contents are termed as non-necessary cookies. It is mandatory to procure user consent prior to running these cookies on your website.
ACCETTA E SALVA