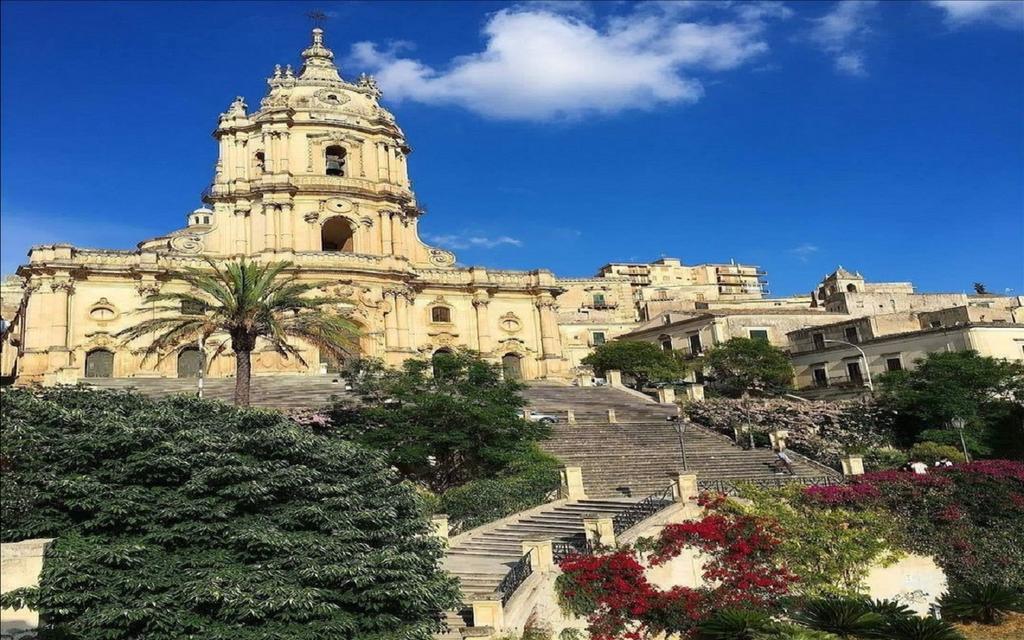 The ornate style of Baroque architecture can be admired in a

fascinating series of towns across the Southern Sicily.

Completely rebuilt in a new location after a devastating earthquake in the 1600s,

Noto with its stone churches makes for a memorable visit, as does Ragusa.

Marvellous ceramics from a tradition that dates back to

Arabs times are the main draw in the hilly town of Caltagirone,

which boasts a unique staircase studded with colourful majolica tiles.

The lovely seafront city in the Southern Sicily of Syracuse has many sightseeing attractions,

not least its position on a high, rocky peninsula

that juts out into the sea, and the intriguing maze

of streets that make up the Ortygia district.

Its archaeological site is also rewarding,

wth a Greek Theatre carved into the hillside

that continues to host live theatrical

performances during the summer.

Adventurous visitors, should make a point of visiting the

Monti Iblei hinterland and the steep gorges at Pantalica ,

accessible on foot or horseback.

This website uses cookies to improve your experience while you navigate through the website. Out of these cookies, the cookies that are categorized as necessary are stored on your browser as they are essential for the working of basic functionalities of the website. We also use third-party cookies that help us analyze and understand how you use this website. These cookies will be stored in your browser only with your consent. You also have the option to opt-out of these cookies. But opting out of some of these cookies may have an effect on your browsing experience.
Necessary Sempre abilitato
Necessary cookies are absolutely essential for the website to function properly. This category only includes cookies that ensures basic functionalities and security features of the website. These cookies do not store any personal information.
Non-necessary
Any cookies that may not be particularly necessary for the website to function and is used specifically to collect user personal data via analytics, ads, other embedded contents are termed as non-necessary cookies. It is mandatory to procure user consent prior to running these cookies on your website.
ACCETTA E SALVA